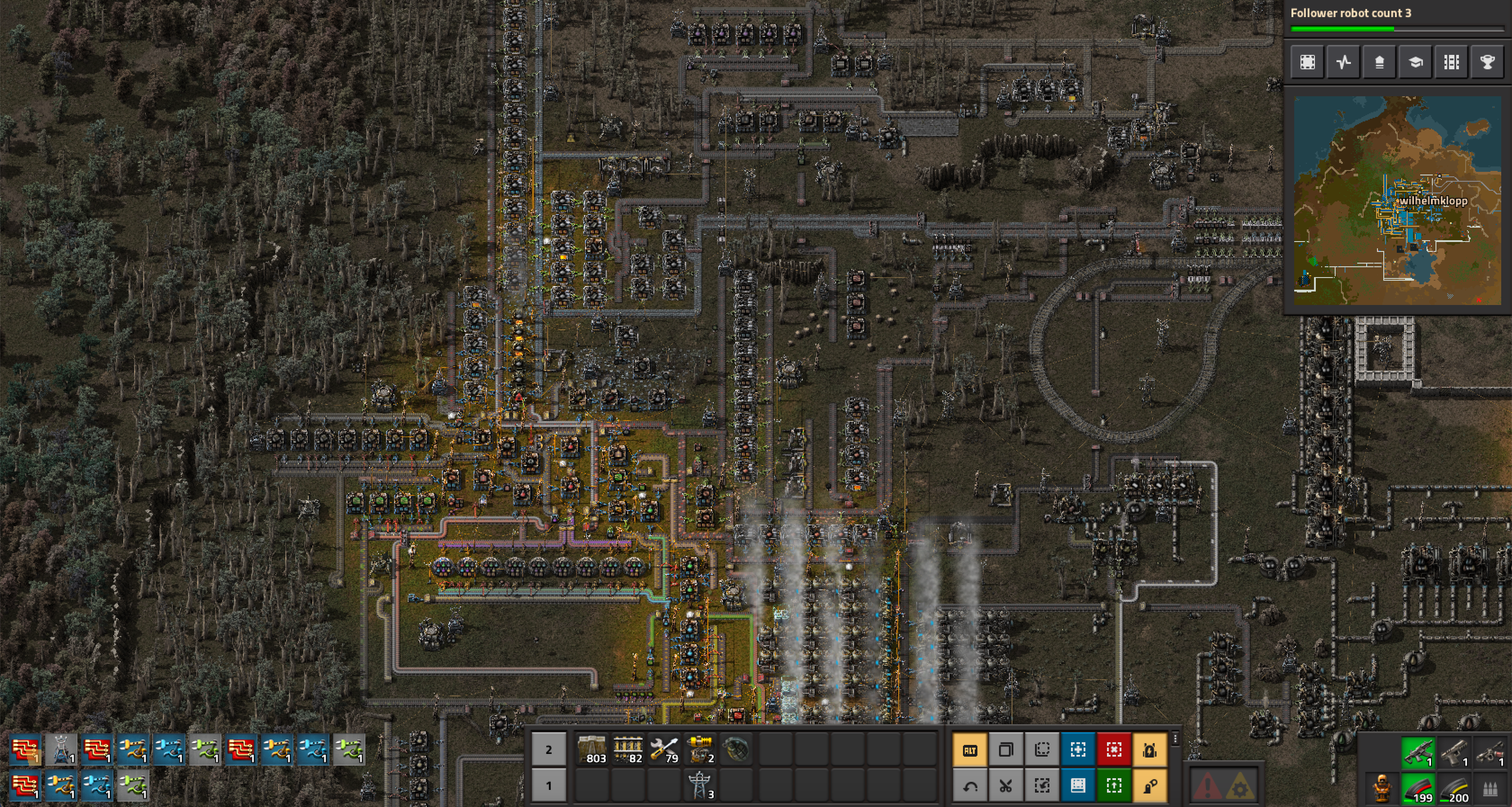 I started my Christmas vacation by reading the Observer Effect profile of Shopify CEO Tobi Lütke, where he talks about Factorio (a game where you build massive, complex factories). Tobi considers the game so profound and valuable in the lessons it teaches that any Shopify employee can buy and expense it.

That sounded pretty intriguing so I decided try out the game and ended up getting hooked pretty quickly. I’m not actually entirely sure what pushed me over the edge. I don’t try out new games very often, but the fact that I had two weeks of unallocated time ahead of me (and that the game runs on Mac) probably helped.

Now, 3 weeks later I’ve played almost 60 hours (😮!) and honestly can’t wait to work on my factory again soon. Factorio has kept me engaged in a way no other game I’ve played over the past few years has. As I understand it, Tobi mostly recommends it because by building massive factories you learn a lot about how to build anything. But what I’d like to focus on is how good the game has been at keeping me in flow state. 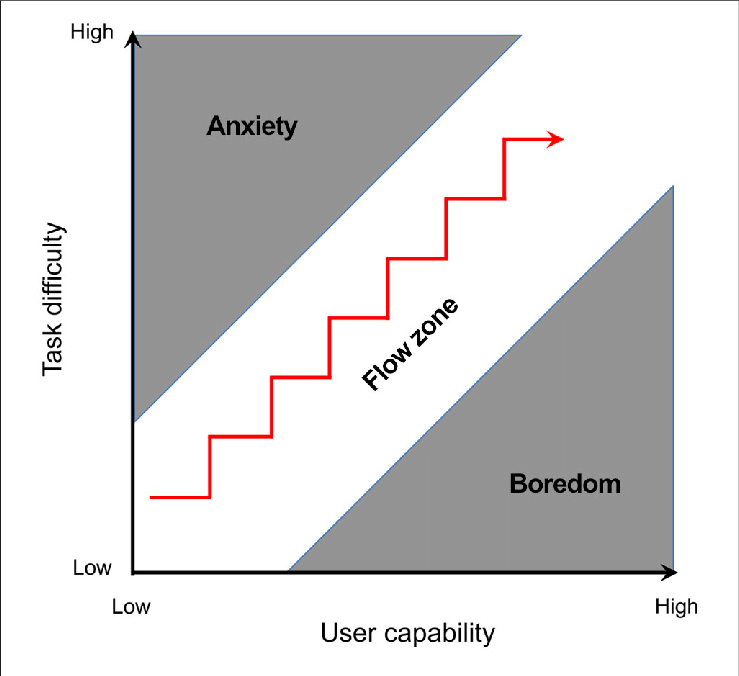 Flow state, also known colloquially as being in the zone, is the mental state in which a person performing some activity is fully immersed in a feeling of energized focus, full involvement, and enjoyment in the process of the activity. In essence, flow is characterized by the complete absorption in what one does, and a resulting transformation in one’s sense of time.

It’s really been quite a while since I’ve experienced flow state with such intensity and consistency as I have while playing Factorio over the last three weeks. Perhaps sometimes when writing code, although often tedious things like writing tests get in the way and end up killing flow state for me.

Why is Factorio good at flow

So why is Factorio so good at this? How do they make it work?

To quickly set the scene, you start the game with no factory and with very limited resources. The ultimate goal is to build your factory to such sophistication that you can launch a rocket to space. To get there you need to bring together many different raw materials, combine them to make all kinds of items, research new technologies, and automate absolutely every step of the way to make any of that practical.

There are a couple of overarching factors that really enable the flow state:

But the main factor that really stands out to me is that the next step is always super obvious. It’s always incredibly apparent how you can make your factory a little bit better. There are always small things to tweak, automations to advance, assembly lines to optimize. I actually started keeping a note in my notes app with a clear list of big picture next steps so that I wouldn’t get too lost in all the small improvements.

On top of that, the game’s inventory design is really great. In your inventory you see greyed out icons for the things that you’ve already researched but don’t yet have the materials to build. What’s the obvious next step, you ask? Well, gather the materials and then build the locomotive, personal roboport or the uranium centrifuge. Often it takes a whole new assembly line to build the new thing, but the milestone you’re working towards couldn’t be clearer.

You should play Factorio

Not only is Factorio a ton of fun, and going into flow state already feels like such a rewarding activity by itself, but it’s also quite enjoyable to actively observe and reflect on flow state as it’s happening. I don’t think I had ever really tried observing flow state before, it always felt quite fleeting and rare, but Factorio has let me tap into it consistently.

It’s also interesting to try and think how we can make other parts of our life more prone to flow, especially in the context of work. I’m keen to explore all the different options (processes, behaviours, etc.) to make the “next step” of what I’m doing significantly more obvious.

I’d really recommend giving Factorio a try. It’s a ton of fun and spending time in flow state is just an awesome feeling: https://factorio.com/download (they have a really generous free demo of the game that gets you a couple of hours of game play and teaches you the ropes)